Amsterdam Photo Journey will give you insight about this Beautiful European City of The Netherlands. Amsterdam is the largest city in Netherlands a country most people know as Holland. This multicultural city warmly embrace tourists, with millions visiting each year. The Dutch are fun to talk with, and everybody speaks English. The city is so picturesque that it is like a Picasa gallery. The first thing you see is the Iamsterdam sign after you come out of Airport.

The day we reached Amsterdam the weather was windy and bit overcast. 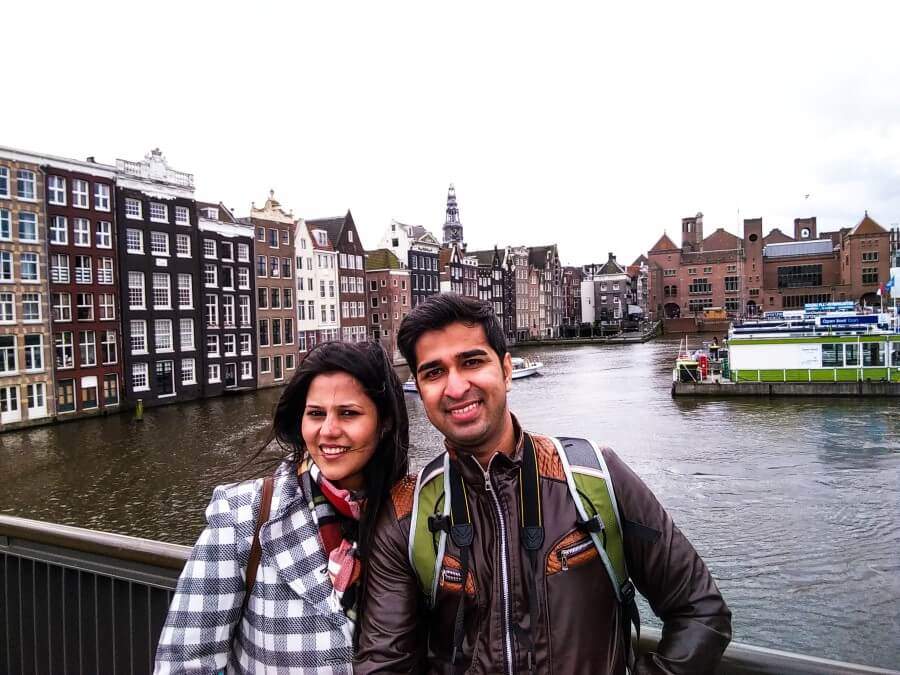 The inner canal district is an internationally protected heritage site. In the 17th century Amsterdam was a center for world economy and many of the canal houses and old warehouses dates from the golden ages. 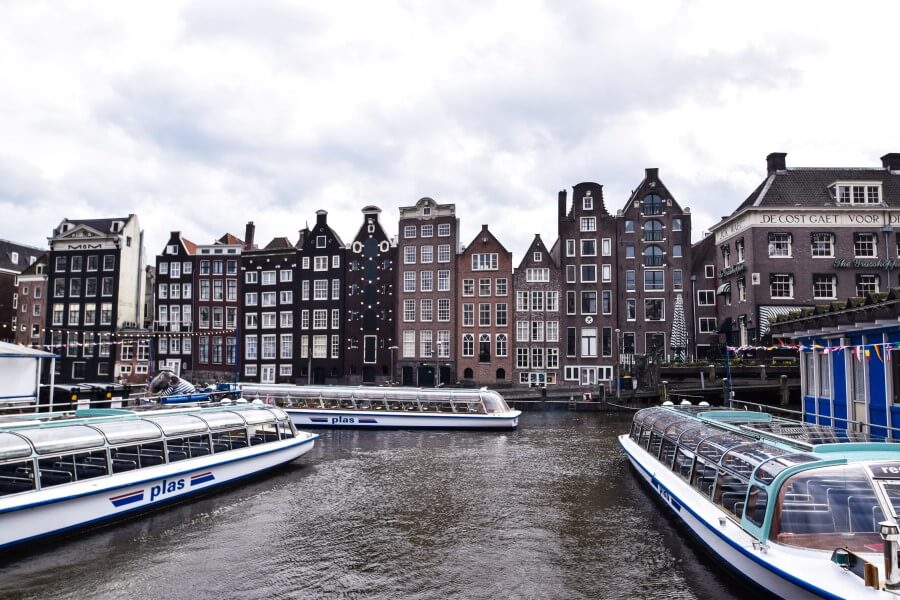 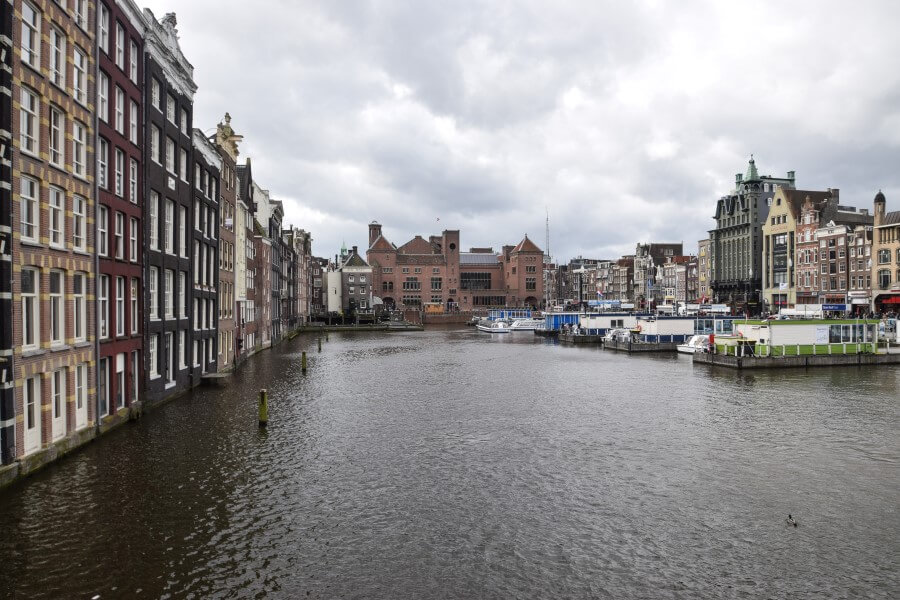 The Basilica of Saint Nicholas is a major church in the heart of city near the Central Station. 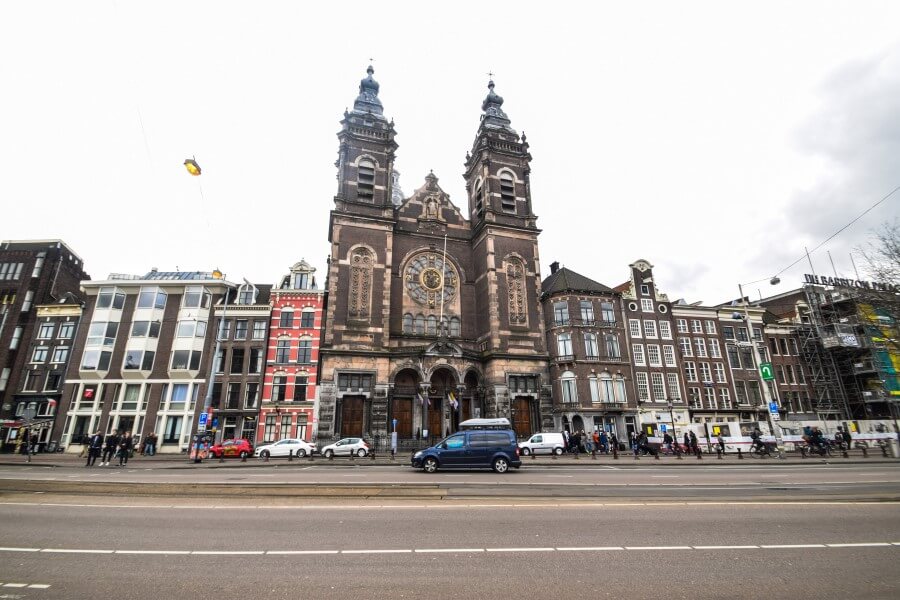 Just a short walk from the central station is the iconic Dam square built nearly 750 years ago. Its purpose gave the city name “Amsterdam’. The dam built around the river Amstel to protect it from Inland sea. 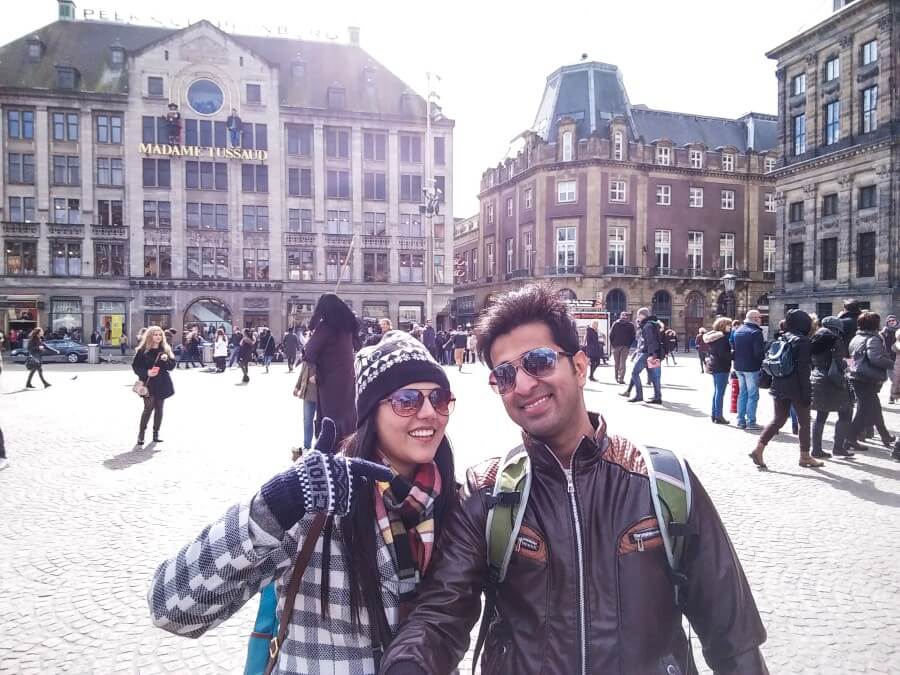 The square is dominated by the Royal Palace. 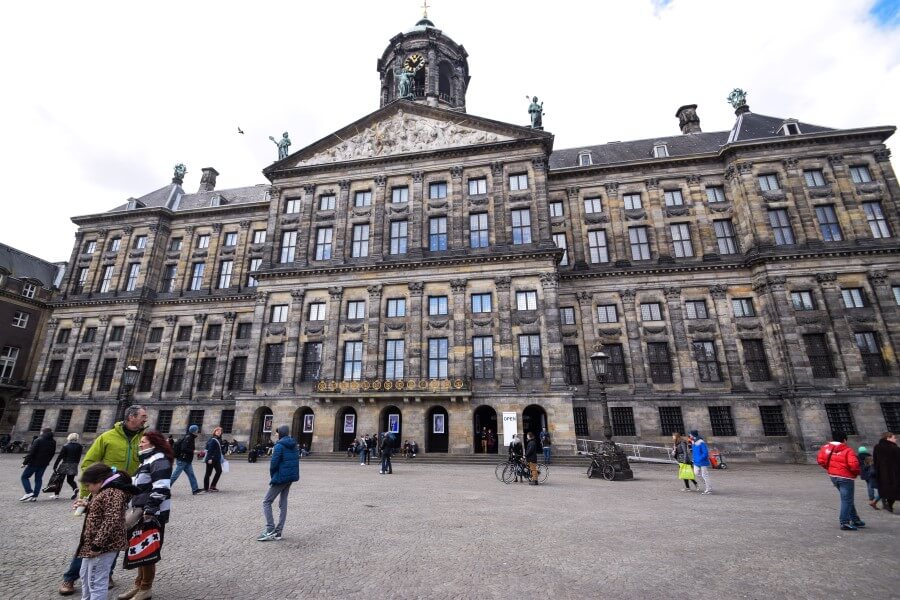 From its windows you can see the national monuments dedicated to the many Dutch victims of World War II. 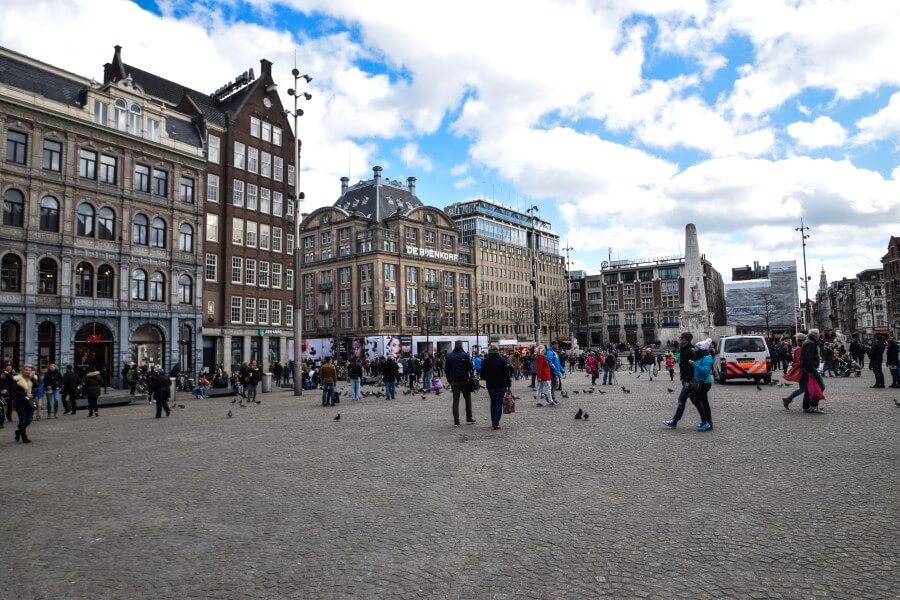 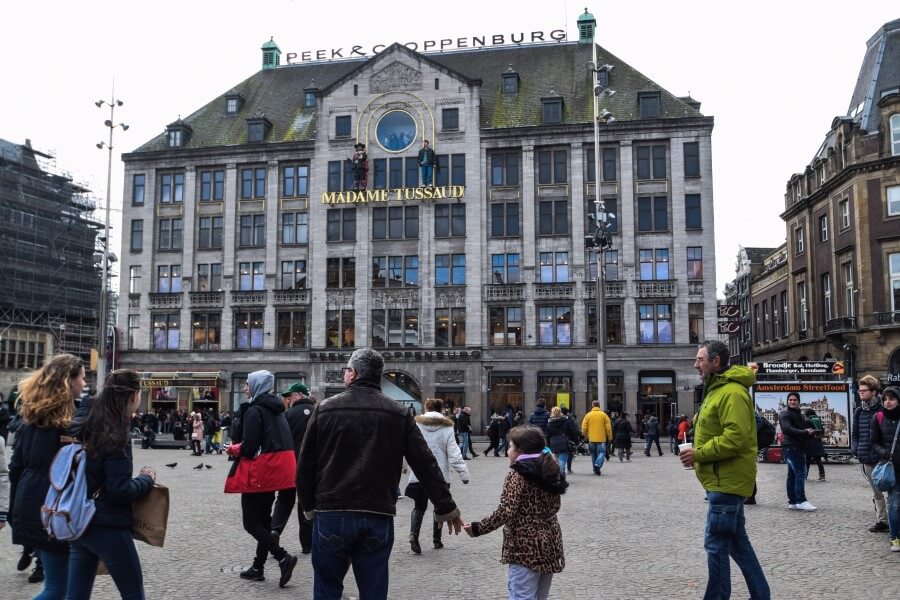 Just outside the Dam Square is the Tuschinski Cinema which is best place to visit for Art Deco lovers. 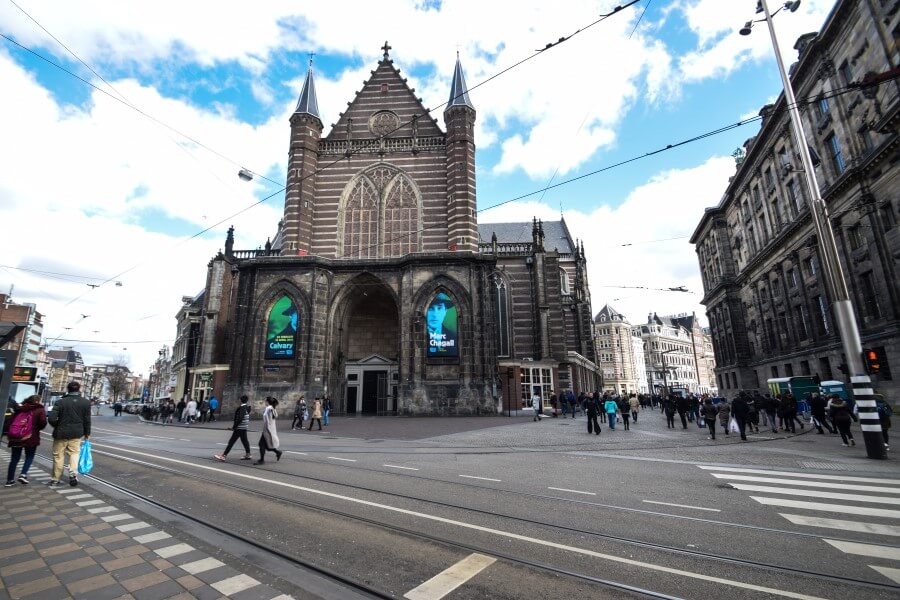 Europeans call Amsterdam “Venice of North” as it has no less than 165 canals crossed by thousands of bridges. The best way to see the city is by foot or as the Dutch would say : “Just get on your Bikes”. You will see the bikes everywhere in the City. 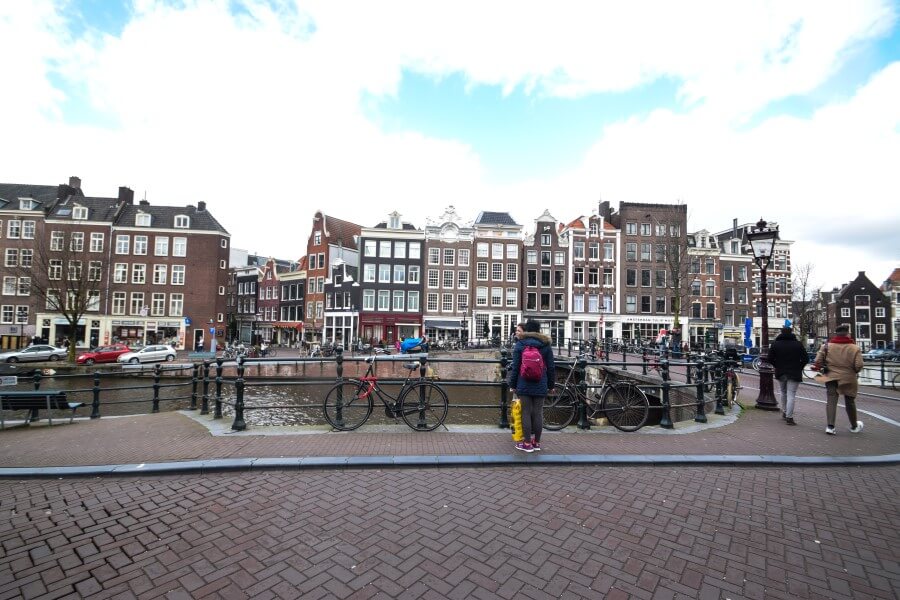 Alternatively take the tram across the city to the Museumplein. 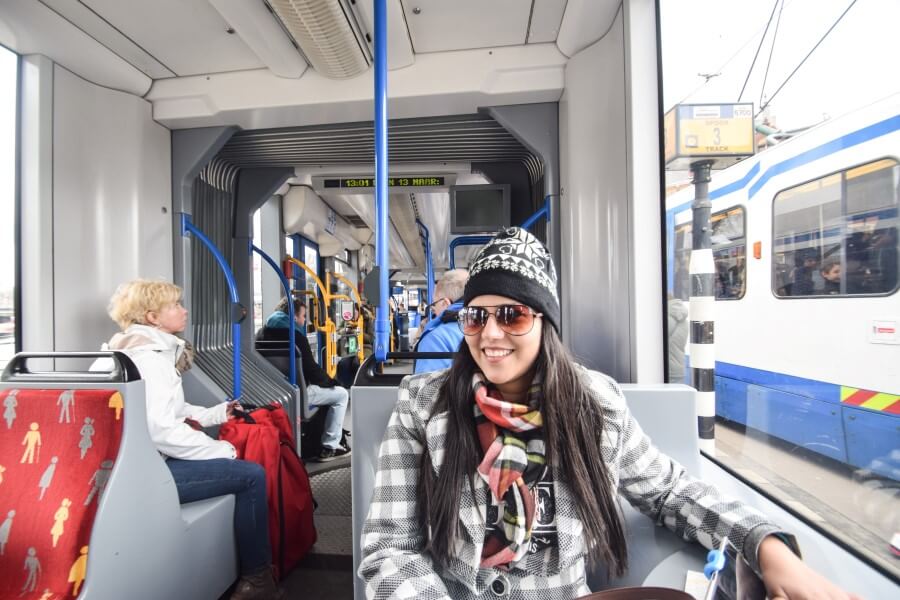 Canal Cruises are also popular among the tourists. 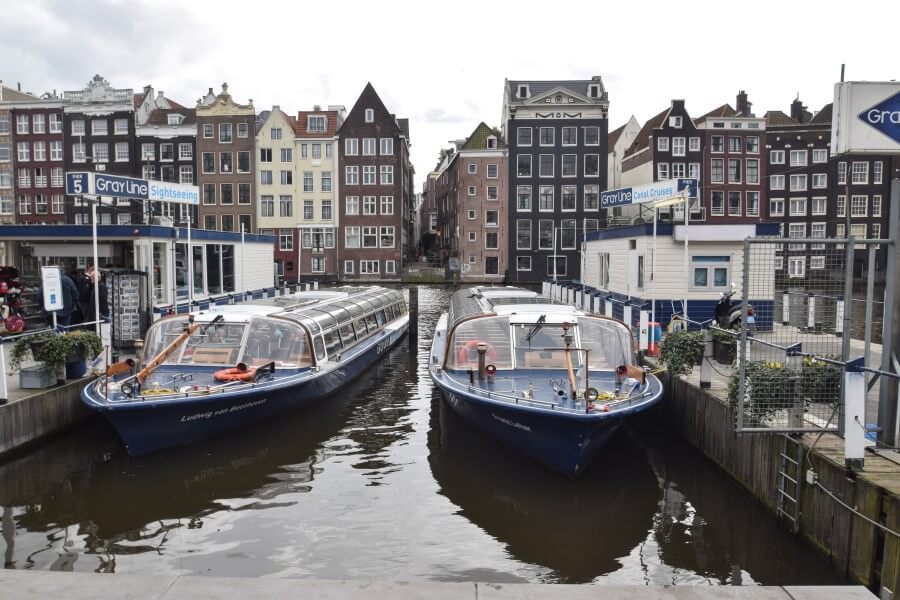 Museumplein houses the famous museums of Amsterdam. The Rijksmuseum focuses on Dutch painters from Golden ages. 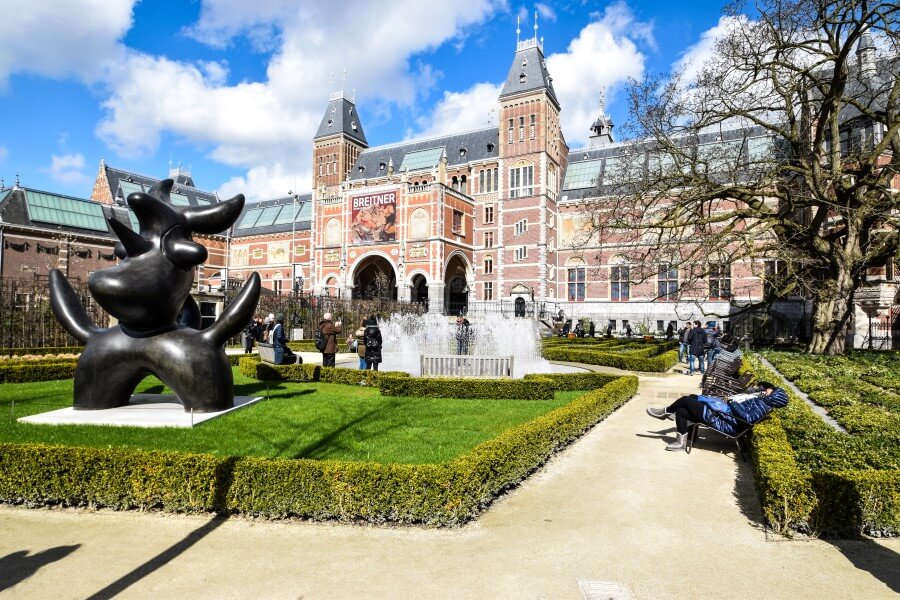 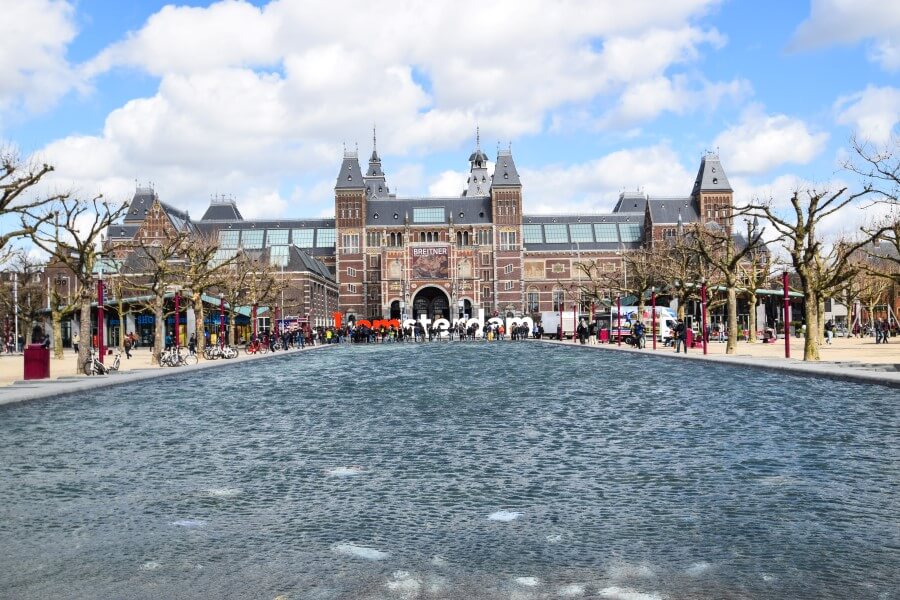 Don’t forget to picture yourself just outside of Rijksmuseum in front of Iamsterdam Sign. 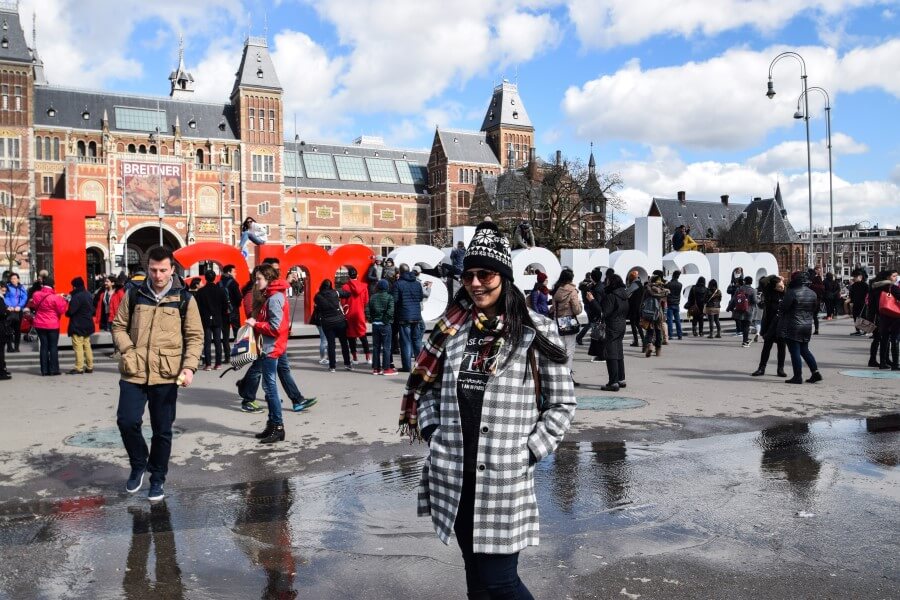 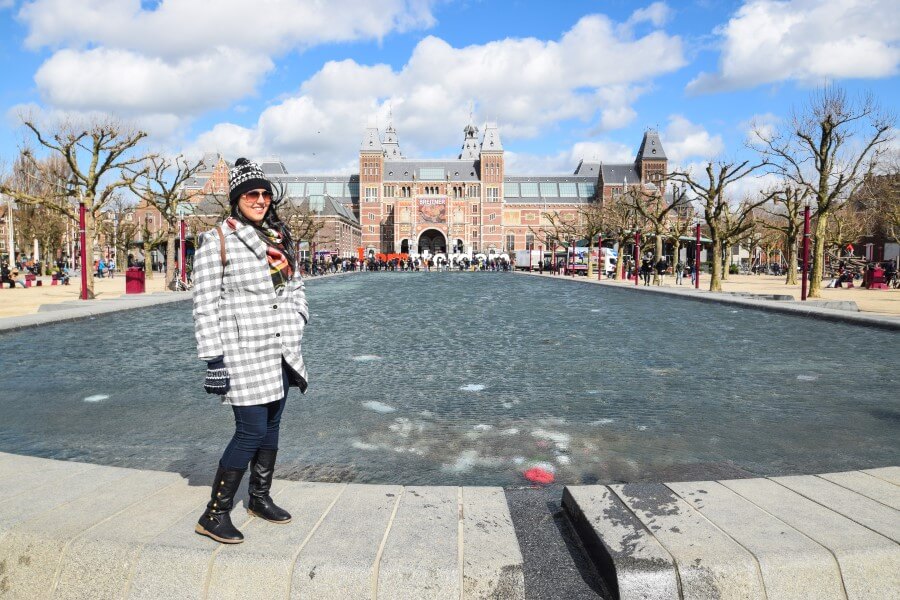 Located nearby is the Van Gogh Museum dedicated to a poor but legendary 19th century painter. Sadly, he didn’t live longer to see his work became world famous. 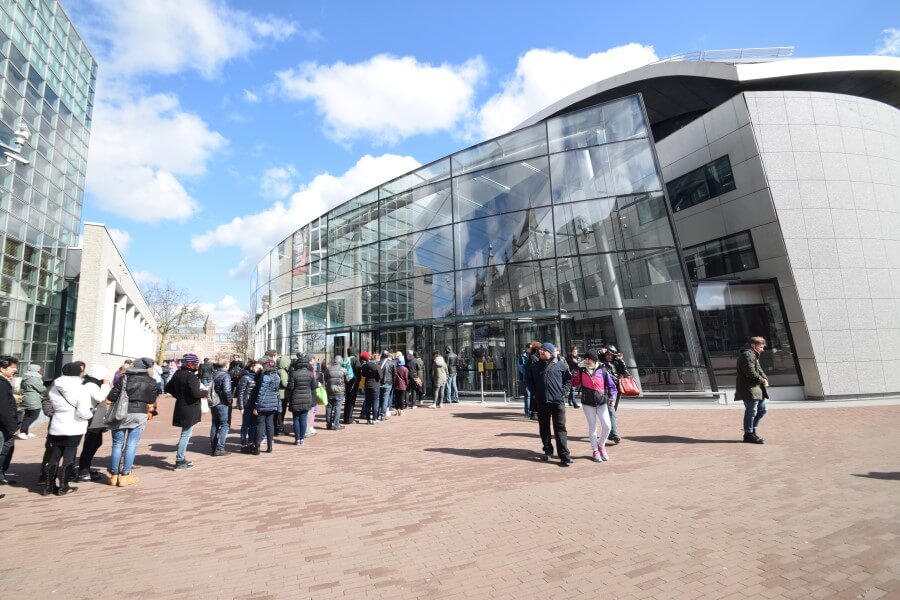 The Concert Cebouw is also across the park in the Museumplein. 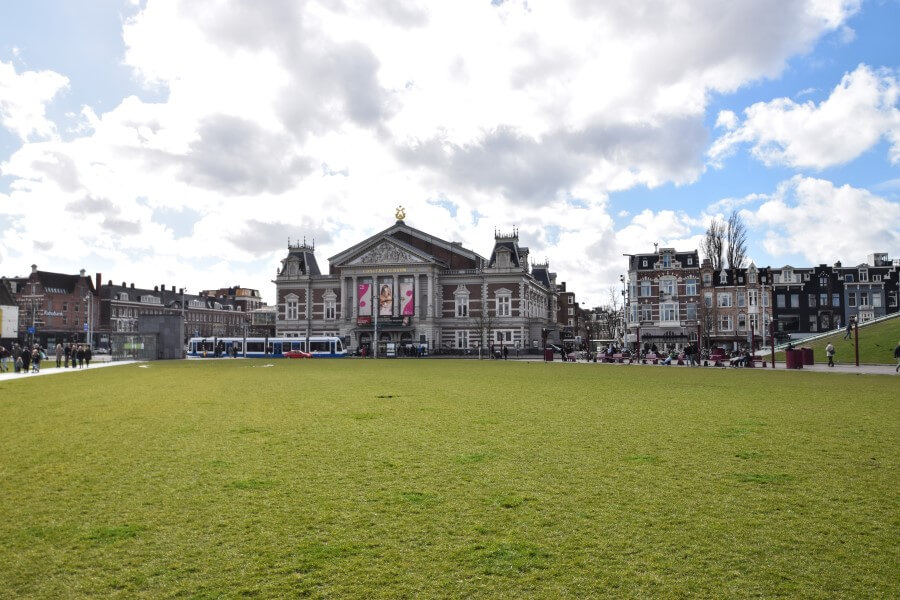 Jordaan is the most beautiful neighborhood of Amsterdam. Its full of beautiful houses, romantic canals and lovely streets. This neighborhood makes the Amsterdam Photo Journey more picturesque. 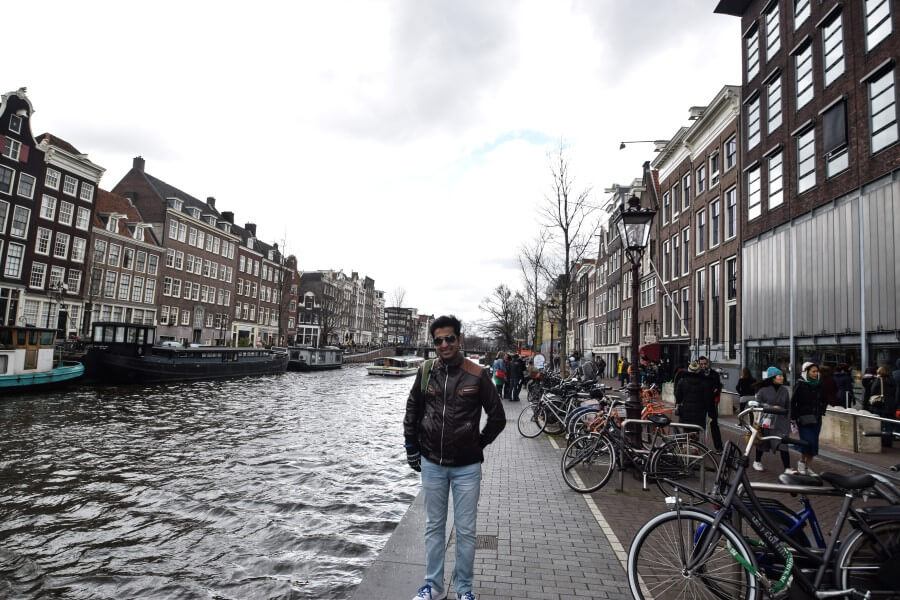 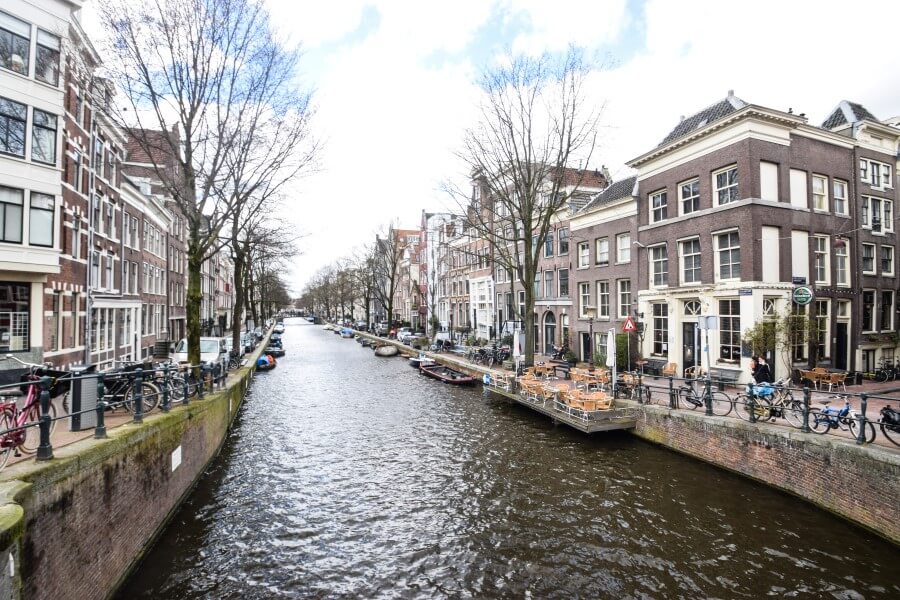 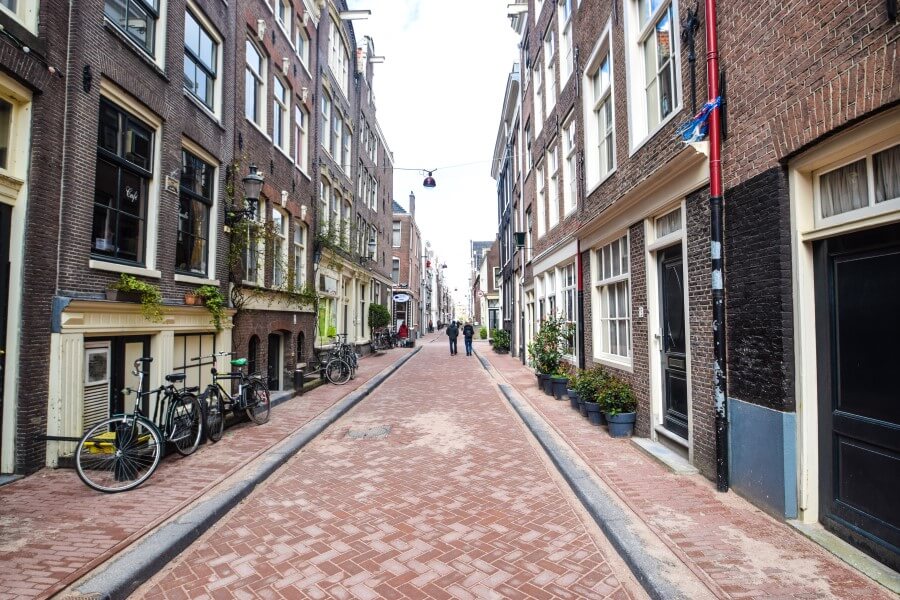 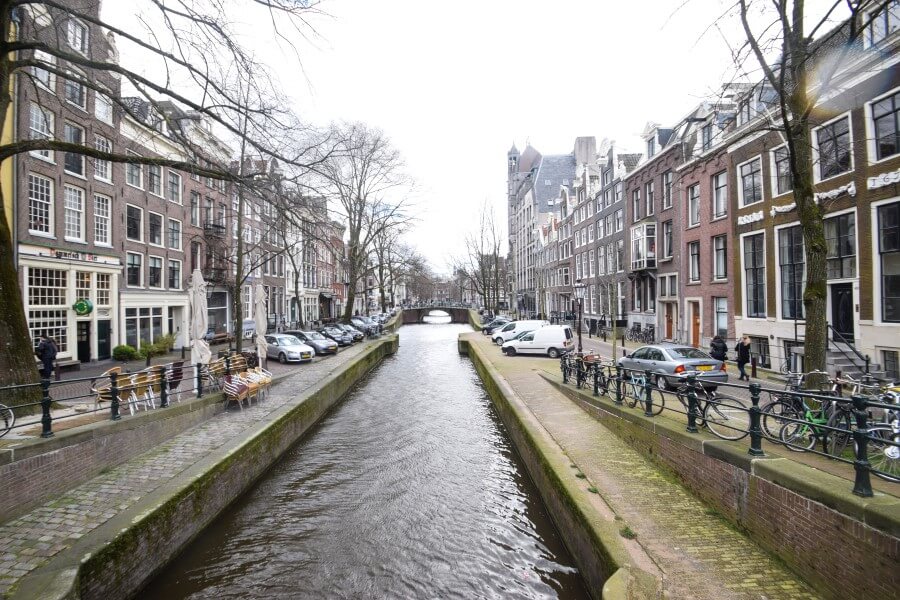 Munttoren tower is best viewed from across the canal. 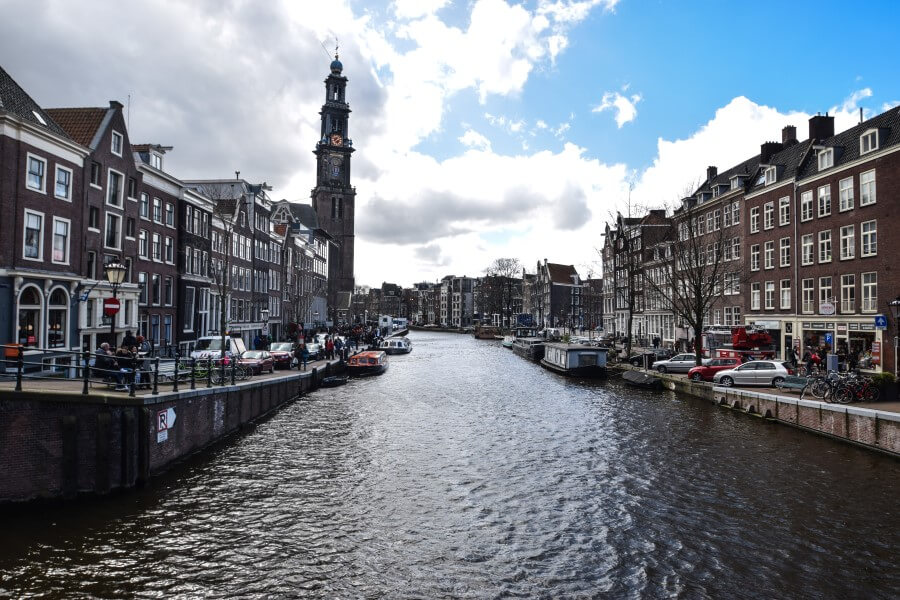 If you want to understand what life was like for Jewish families during Nazi occupation than do visit the famous Anne Frank’s house. 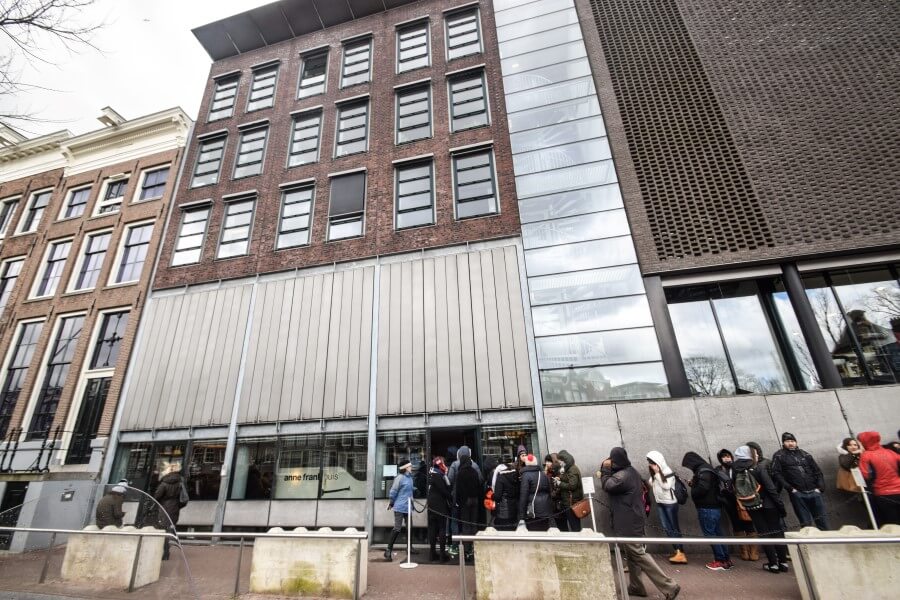 Every street in the city is a picture in itself. You can also find plenty of Small museums like Tulip museum and Cheese museum just footsteps away from Anne Frank’s house. 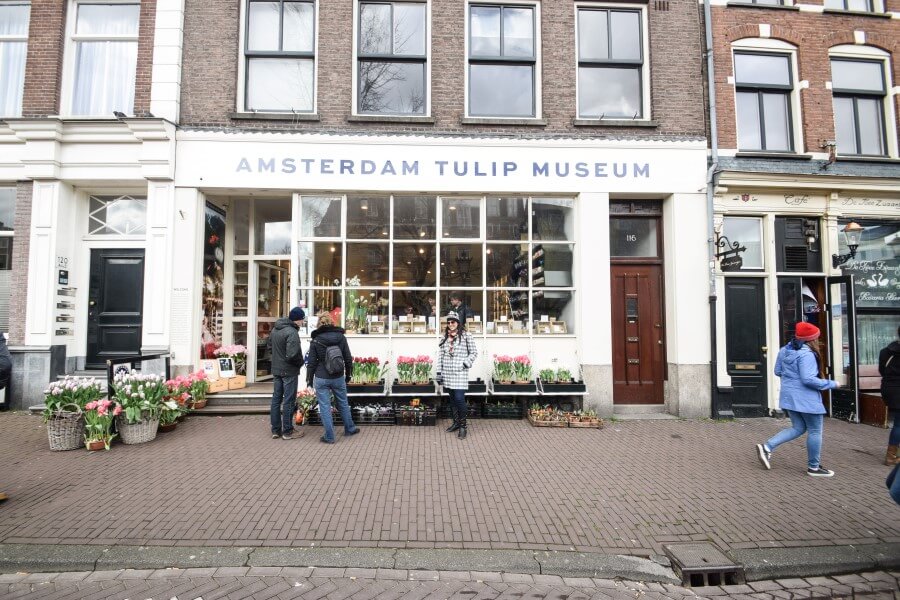 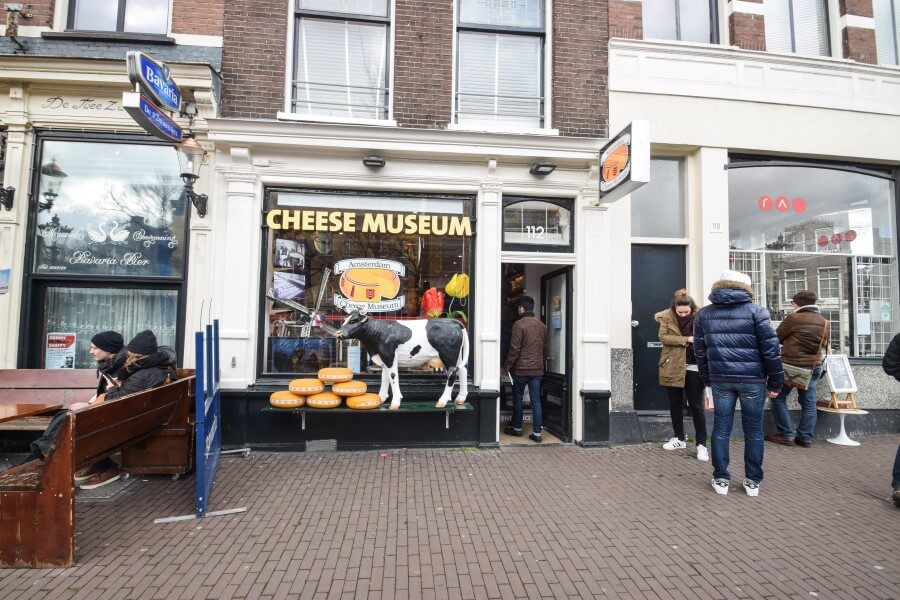 Amsterdam is also the home to one of the world’s oldest and most famous Red Light Districts. Today coffee shop and adult emporiums are the highlights of this neighborhood. You will get one of the best Dutch Fries just outside this area.

There is no other city like Amsterdam with its rich history, charming houses, remarkable art and cosmopolitan people. It is the place that you won’t easily forget. We loved the city and we are sure you will love it too. 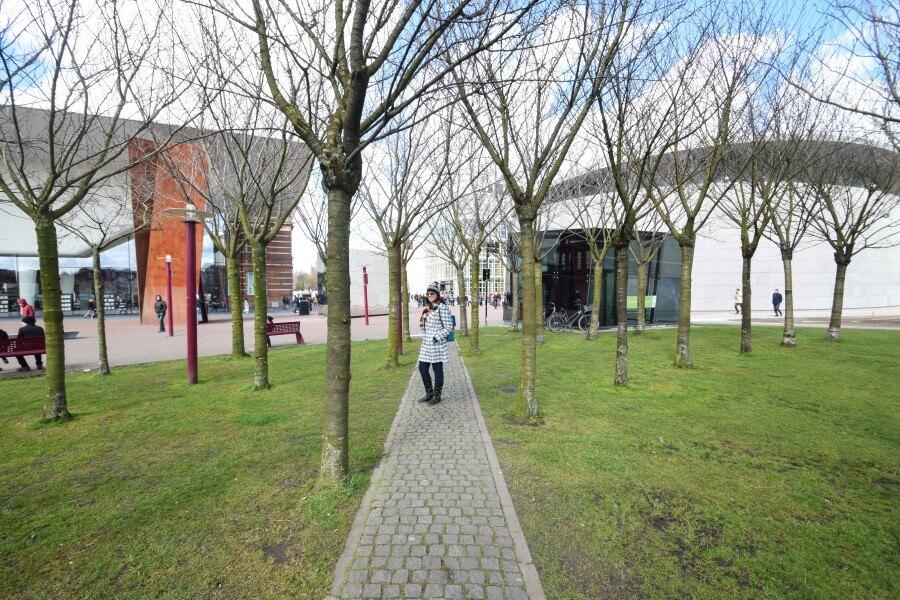 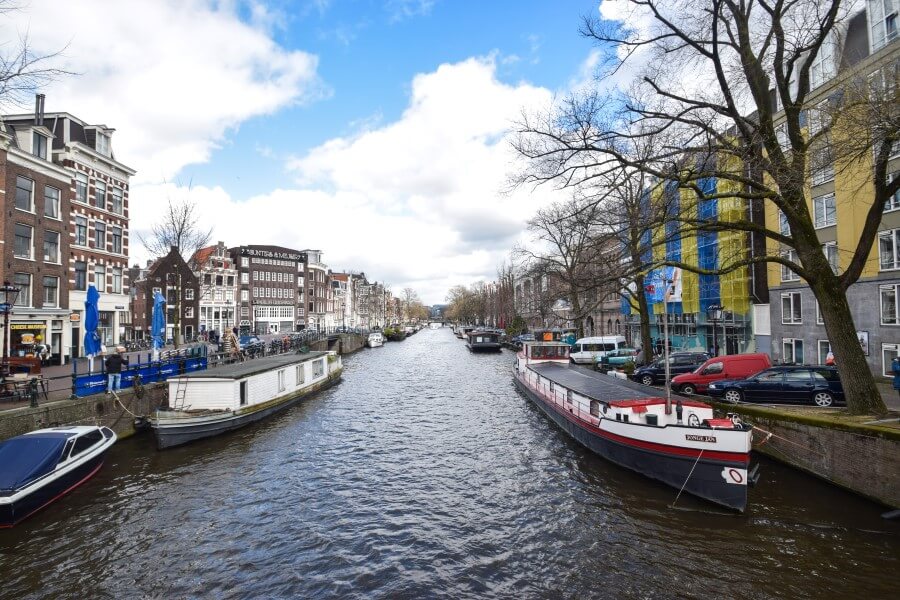